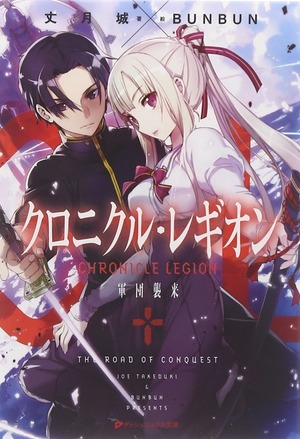 An encounter between a princess and a young man, resolved to defy destiny…!!

In the late 20th century, due to the invasion led by the resurrected ancient Roman hero, Caesar, Imperial Japan has fallen under the neighboring Eastern Roman Empire’s rule in all but name only!

What enabled Caesar to become the ultimate conqueror was the power known as the “Legion.”

These mysterious corps have taken over as the main weapon in the military forces of major world powers—Armies of winged giant soldiers.

The princess chooses Tachibana Masatsugu as her trusted general, an ordinary high school student by all accounts.

Nevertheless, he is actually a warrior reborn from the ancient past, another resurrected legatus legionis whose greatness is no less than the mighty hero Caesar…!!

The curtain is raised: An epic fantasy war story revolving around resurrected heroes and beautiful maidens!!