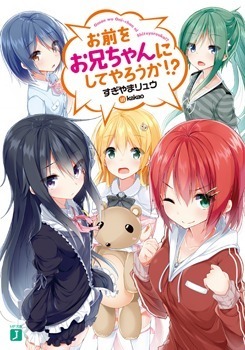 One day, Yoichi who grew up while not knowing his parents has received the news of his father’s death. His father left behind a testament——which said he is to pick only one out of five ‘little sister candidates’?!

“…I don’t want to work, I want to laze around together with Onii-chan.” (By Serene)

“Let’s have a match! If I win, Nii-chan will… make me his little sister!” (By Tomomi)

“Onii-sama will choose me, isn’t that right? It’s our destiny.” (By Sayuri)

“To be more girly, that’s why I want to be Nii-san’s little sister!” (By Yuuki)

“If Mii-chan becomes Nii-chama’s little sister, she will become rich right?” (By Mika)

The little sisters who were presented to him had more than one or two odd quirks, a slapstick comedy between siblings starts here!

My Cold and Elegant CEO Wife

My Girlfriend is a Zombie