Bringing The Farm To Live In Another World 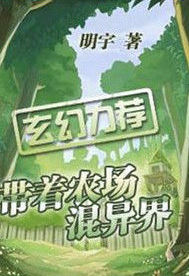 Bringing The Farm To Live In Another World

“If he’s being badass, I’m gonna plant my own crops. If he messes with me, he will not live past next year.”

Homebody Zhao Hai brought ‘QQ Farm’ along in his traversal to another world and resided within the body of a fallen noble. His fief was a black land which nothing could be planted, and more importantly, he even had a peerlessly powerful fiancee, who was actually the successor of a duchy and future Grand Duchess!

Even more importantly, he is a magical and martial cripple who could not learn magic and martial arts. His crippling was very thorough.

“I can’t learn magic, but I have the farm. You dare attack me? I’ll release bugs to eat up your rations and crops, and put pesticides and weed agents into your water sources to make your lands grow weeds. See if you dare to attack me. What? You wanna hire killers to assassinate me? Hehehe. I’ll hide inside the little house in my farm and see how you can attack me. When you leave, I’m gonna terminate your country’s crop productions, and then all of your people will revolt. See if you dare to kill me.”

Watch how this somewhat black hearted hobo uses his QQ Farm in the world of swords and magic to become a globally known nightmarish existence.