Chosen by Fate, Rejected by the Alpha 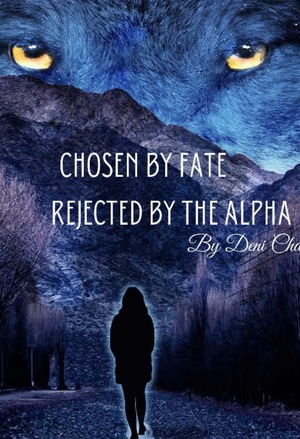 Chosen by Fate, Rejected by the Alpha

Eighteen-year-old Trinity is unlike any other werewolf in her pack. For one, there were unusual circumstances surrounding her birth, for another, she is the only pack member to never shift into a wolf form. So now she doesn't quite belong anywhere. Not quite human and not quite wolf.

She thought she would be able to live her life how she wanted when she had turned eighteen. Go to college, make some friends, have some fun. But what is she to do when the dangerously sexy Alpha literally falls right into her lap?

"...we both know that no one is going to mate with me, and even if they did, they would just reject me anyway."

What is the sexy, brooding Alpha going to do? The elders are making him hold these ridiculous parties to search for a mate. He doesn't want a mate, but he knows he needs a mate to finish the Alpha Circle. Without a mate, a Luna for the pack, his people would suffer. And what is he going to do when he stumbles across the girl that fate has chosen for him and he finds out she has no wolf?

"This cannot be!" I roared. "There is no way that I can mate with a girl that does not even have a wolf. She will be too weak. She will be inferior. She will not be strong enough to be a Luna."

"I simply could not accept her as my mate. Not fully. It wasn't safe for her. She would get herself killed. And she would bring my pack down with her."

When these two meet, sparks will surely fly. But will it be from passion, or their constant fighting? Neither of them wanted a mate. Neither of them wants the mate that fate chose for them. And neither of them can make that mate bond go away. What are they going to do now that they're literally stuck with each other?