My Ex Next Door 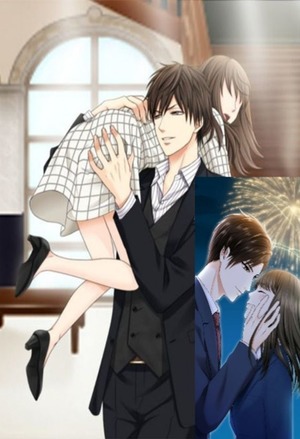 My Ex Next Door

Novie entered the confession cubicle and kneel down, she wanted to tell someone about her feelings, the pain and confusion that’s been tormenting her heart.
Minutes later, the opposite cubicle opened and Novie saw a man in a priest clothing sat down and folded his hands.
“Father I am here to confess my sin” she started and lowered her head.
“What is your sin?” The priest asked.
Novie sighed, “Five years ago, I hurt a man, I left him the next day he proposed” her voice cracked down, remembering the past
“Whoa! That was harsh!” the priest murmured silently, but she heard it.
Before the priest could give his response, she speaks up.
“I was also hurt but I know that if I stay with him, my family will suffer, so I left. For five years Father I carried the guilt of leaving and hurting him. I mean what I did was right, right? it’s for my family” she blurted out without letting the priest talk.
“I think -”
“It’s not like I have a choice or anything” she continued and interrupted him.
“We all have a choice, I don’t know your reason for leaving him but there must be a reason why after five years you decided to come and confess”
Novie gulped by his words, unsure of what to say next.
“Well?” the priest asked, waiting for her answer.
“What made you confess now, you said you left him five years ago, why now?”
Novie’s eyes went round while her heart palpitate.
“Because...” she shut her eyes and exhaled.
“Hmm?” the priest waited for her response.
“Because my ex-fiance is moving next door, and I don’t know what to do!, my parents didn’t know that I was engaged to him before”
“Are you here to confess your sin or to ask for advice?” the priest asked.
Novie, with her eyes closed, twitched her lips.
“What’s the difference, father?”
The priest cleared his throat and replied.
“Well, relationship coach get paid per hour while us, we accept donation” Novie’s face flattened by his response.
She wanted to continue, but the priest stood up and opens the door.
“states some prayer and I will pray for you. Good luck!” the priest said and closed the door.
Novie was speechless. “I need to donate?” she widened her eyes when she thought of the priest. “What did just happened?” she asked herself with disbelief.
Novie has decided to leave, she’s still confused and nervous. She took her umbrella and walks to the door. She was about to open her umbrella when she saw Ken waving at her.
Seeing his smile, she remembered the dinner last night.