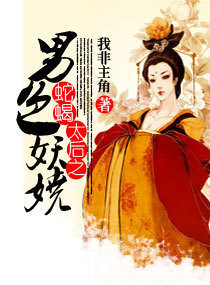 She is an elder miss from a modern secret society family. She is very cold and heartless, but her appearance is very enchanting. She thinks of men as playthings. She was schemed against and her body was thrown into the sea.

When she woke up again, she had transmigrated to become the youngest Empress Dowager of the Feng Yu dynasty. Her beauty is unparalleled and her heart is poisonous like a snake.

Poisoning the imperial concubines to death, executing the emperor, her means are cruel and bloody, truly hateful!

Her old lover, the new emperor absolutely hates her? Not only does he want to banish her to the cold palace, he also dares to slap her in the face?

The court ministers can’t wait to execute her under the law?

The imperial concubines in the inner palace are all hypocrites and vicious?

With an enchanting smile, if a tiger does not show her might, they will treat her as a decoration? Ever since the Empress Dowager has been reborn, the inner palace will never be peaceful again!

Hooking up and joining the imperial uncle for no reason, then teasing the prime minister. If nothing happens, she will find a small bun to abuse, then sit back and watch a bunch of imperial concubines fight among each other. Her days are exciting and smooth. Except, why are all these men stripping naked and ask her to be responsible for them?

“The Empress Dowager seems to be in a good mood these days!”

“The peach blossoms in this King’s courtyard are in full bloom. I wonder if the Empress wants to come over to see them?”

“Looking at them is fine! However, imperial uncle, can you remove your hand from my leg?”

One night, a certain Empress Dowager appeared on the cold and stoic prime minister’s bed. She lifted his chin with one hand and wickedly ravaged him. Looking at the ‘unsatisfied’ man below her, she evilly and charmingly smiled. Her voice was filled with temptation: “If it is painful, please tell me. I will be more gentle.”

The cold and stoic prime minister’s eyes flashed. However, he uncomfortably turned his head away. His earlobes were red as blood pearls!

“Empress Dowager! What else do you want before you are willing to let go of the Empress?”

“Empress Dowager! What do you actually want?”

“Jinghua! Whatever you want, I can give it to you. But, first release the Empress!”

“Castrate him and throw him “.