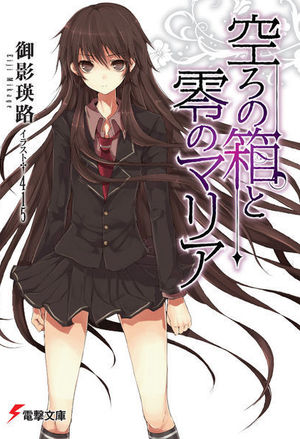 Utsuro no Hako to Zero no Maria, or The Empty Box and The Zeroth Maria, tells the sinister story of Kazuki Hoshino, who is almost madly attached to his everyday life, and his antagonist Aya Otonashi, who suddenly transfers into his class—for the 13,118th time. She majestically announces to “break” him, without paying heed to anyone else around them.

This is but the start of a dark roller coaster ride that turns the two against themselves, the people around them and the one who may be god. Read on as their relationship slowly changes as they go against their most basic values in their struggle against the world itself.

My House of Horrors

The Second Coming of Gluttony

The Charm of Soul Pets

I am Really a Superstar