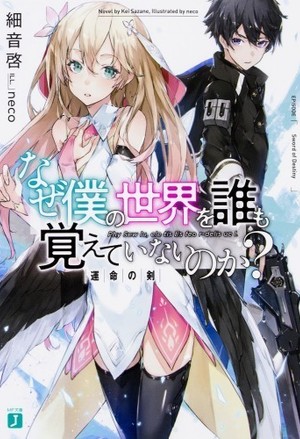 “Why does no one remember the true world?!”

The era when the great race of the five tribes competing for hegemony on the ground ended with the victory of mankind led by the hero Sid. However, that world was suddenly “overwritten” in front of a boy named Kai. In the rewritten world, Kai saw the scene where humans lost the five tribal wars because of the absence of hero Sid. Here dragons and demons dominate the ground, and Kai is a forgotten existence from all human beings. However, after encountering the mysterious girl Rinne, Kai decides to break this rewritten destiny. In a world without heroes, he inherits the hero’s sword and martial art to challenge the mighty enemy races who reign supreme.

The End Of The World’s Poisonous Mom And Monster Baby