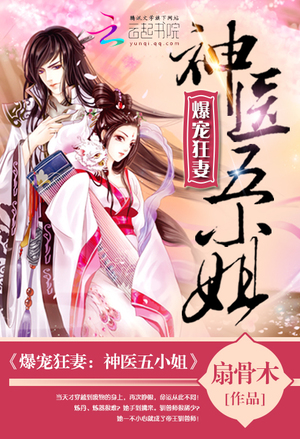 She was the Fifth Young Miss of the revered General’s Residence, but was seen to be useless as trash. Promiscuous and flirtatious to a fault, she was finally killed by mistake under the hands of the attendants of the man she was chasing; She was a genius favoured by the Heavens but ultimately murdered by an insidious plot and all who shared her bloodline pursued and exterminated which caused her to lust for revenge to be paid in blood. The day the genius had unwittingly taken up the body of that useless trash and opened her eyes, her fate had completely changed!!!

Refining elixirs and the smelting of weapons were tough?
That did not daunt her.

Beast Tamers were rare?
She had easily gained the title of Emperor Beast Tamer!

Forced marriages!?
Men being arrogant because they are good looking?
She stretches her hand out and easily pulls devilishly handsome men to her: The Demonic King brothers would easily take their place. A devilish glance, a slight shimmer of movement, and that man would suddenly disappear the next moment. He turned back around, his devilish smile alluring: “Let’s continue with the topic, let’s have a child!”

This is another interesting story with transmigrating and very fun filled characters that will delight you.

Rebirth of the Heavenly Empress

To Be a Power in the Shadows!

Under The Veil of Night

Don’t Pick Up Boyfriends From the Trash Bin