Re-Birth Of A Genius. Creator/Destroyer 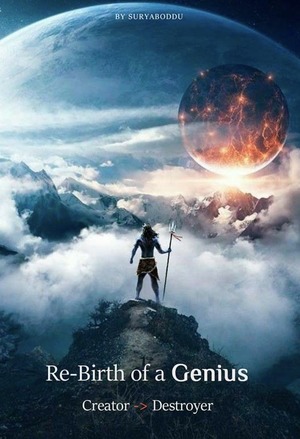 Re-Birth Of A Genius. Creator/Destroyer

In the 21st century Earth gave Birth to greatest genius ever. A genius who Master myriad of arts. Medicine to Engineering. Mathematics to Micro Biology. Weapon Designing to Environmental control. Music to Painting. Dance to Martial arts. He mastered Everything.

He created so many things to help mankind such that he got the title 'Greatest Creator'. But what if he cant get justice for the loss of his loved one due to some political reasons? What if the governments which he served are trying to shield the criminals just because they are rich? Well, the Greatest creator turned into 'Greatest Destroyer'. He got his Revenge But the price is he is dead before realising his full potential.

What if he gets a Second chance with all the knowledge he gained in his life. A second life in a different world where a different energy exists? Where humans can reach heavens with this energy?

What if he comes to this world where he dont have to bother about all the constraints limiting the technology on modern earth? follw the journey of Sam.