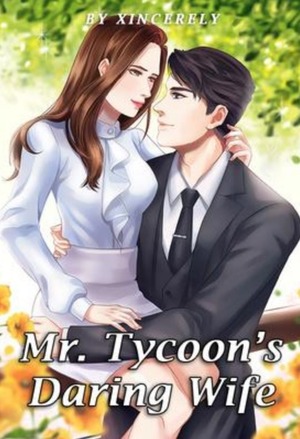 "Stay with me and I will give you everything your heart desires. For you, my darling, I would part the mountains, split the sea, and cause havoc on Earth just to have you."

In every love story, there's always a vengeful and venomous fiancée who was engaged to the rich and handsome CEO that fell for the poor, but gentle and innocent female lead. In his greed for her love, he broke his poor fiancée whose love drove her to the brink of insanity.

No one ever cared about how the fiancée felt.

Zhao Lifei was prepped her entire life to marry one man, but suddenly, his heart was captured by another. She was face-slapped, destroyed, and disowned for loving Zheng Tianyi. She was willing to sacrifice her youth, time, and heart for the man, but all she got was pain and despair.

It took two harsh, but awakening years for Zhao Lifei to finally understand the mistakes she has made in the past.

After her redemption, it was now Zhao Lifei's turn to experience a love grander than the female lead.

Smarter, feistier, and wittier, Zhao Lifei knew how to survive the cruel, backstabbing, and harsh upper-class society was.

"A bastard fiancé that broke my heart? Screw him, I'll find someone richer!"

"All of my friends have abandoned me? Whatever, I'll find better ones!"

"My parents disowned me? That's fine, my grandfather is wealthier and more powerful than both of them combined!"

To the polar opposite of the snarky Zhao Lifei, was the incredibly wealthy and powerful, yet ruthlessly cold Yang Feng.

Yang Feng, the King of the Business Empire, was a man to be feared. Heart of ice, eyes of stone, merciless but enticingly handsome, there was not a single person in this world that dared to offend him.

Many have tried, but none had succeeded in garnering his attention. That is, until his path unexpectedly collides with Zhao Lifei.

Challenges will arise, chaos will commence, and drama will ensue. But then again, what is a love story without disturbance? They say love without conflict is just a simple crush and the story of Zhao Lifei and Yang Feng was anything but that. 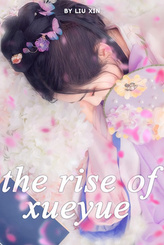 The Rise of Xueyue