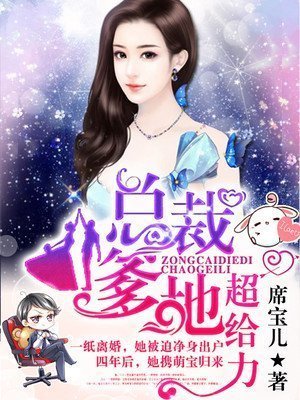 In order to take away her father’s shares, her husband colluded with her bestfriend to set her up. A divorce was thrown at her face and she was forced out of the house.

Four years later, she returned with an adorable treasure. With his hands wrapped around her waist, her baby son said, “Mommy, I heard that it’s the trend now to have a godfather. You wait, I’ll find one to support you!”

A few days later, her son brought back a super handsome guy who looked exactly like him.

“Mommy, don’t worry, I’ve checked. Dad ranks first on the world’s richest list and is able to deal with all kinds of disapproval!” Her son said confidently.

Looking at the startled woman, Gong Yexiao coldly threw out a paternity test, “Woman, when did you steal my seed?”

Cheng Liyue was furious. Which bastard was it who slept with her four years ago but did not assume responsibility for it?